Last year for Christmas my husband and I decided to travel to the beautiful islands of the Bahamas. Our love for travel left us yearning for a warm tropical beach somewhere far away from our snow-packed city, and we agreed that creating life-long memories with each other worked better for us instead of buying each other numerous Christmas gifts. Because last year was such a success, this year my husband and I have decided to travel to Kauai, Hawaii. We leave in about two weeks, and we couldn’t be more excited!

The last time that we visited Kauai was back in 2009. While we were there, one of our favorite adventures was going on a helicopter tour.  I originally wrote about our experience back in April, but thought I would share it again (this time with a lot more pictures). I am left wondering why I didn’t post more pictures to begin with. Nevertheless, I hope you enjoy. 🙂

Kauai is often referred to as “the Garden Isle” because of the lush and tropical landscape covering the island. As the oldest Hawaiian island, Kauai is the greenest and most jungle-y out of the island chain. A large portion of this tropical island is inaccessible by car so being able to view the island by air is the perfect way to see the jaw-dropping scenery. In my opinion, no vacation to Kauai would be complete without a helicopter tour.

Our tour began early one morning at the Safari Helicopter Tour office in Lihue (pronounced: Lee-hu-ay (like ‘hay)). We arrived 45 minutes early in order to check-in, get weighed, and go over the safety information. 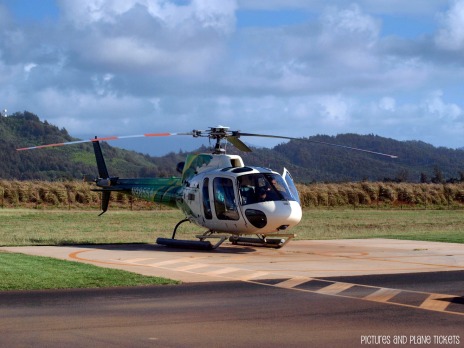 We began the tour along the south side of Kauai, flying over the area where Indiana Jones ran from the Indians in the opening scene of Raiders of the Lost Ark. Our pilot, Paul, showed us Jurassic Falls, where the opening scene of Jurassic Park was filmed. He informed us that the helicopter didn’t actually land in the waterfall, it was created by the magic of Hollywood.

We got an up-close and personal look of the extinct volcano, Kawaikini, which helped create Kauai over six million years ago. Six Million Years… It’s hard to comprehend how long Kauai has been around! The views from the helicopter were breathtaking. The contrast of the bright green mountainous landscape against the bright blue, azure color of the ocean was awe-inspiring. 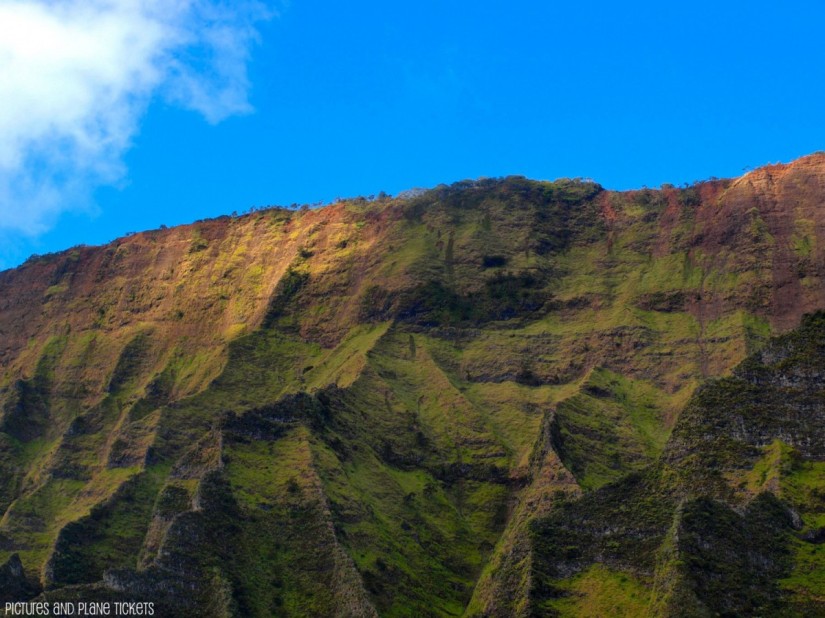 We flew into the “Grand Canyon of the Pacific”, also called Waimea Canyon. The rust colored rock formations plunging 2,000 feet at its deepest part, was a sight to behold. 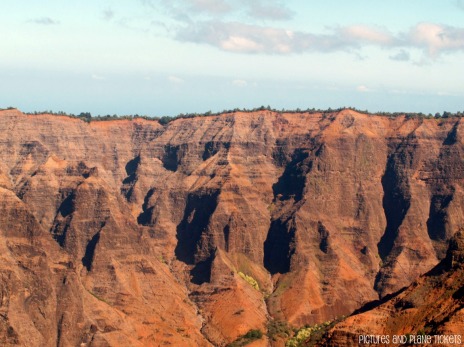 Next, we flew along the NaPali Coast (my favorite part of Kauai) weaving in and out of the majestic valleys. At times, the helicopter would get so close to the waterfalls that we felt as if we could reach out and touch the water. Experts say that it takes 50 years for a single drop of water to touch the center of the island and work its way out to the ocean (amazing, isn’t it!). 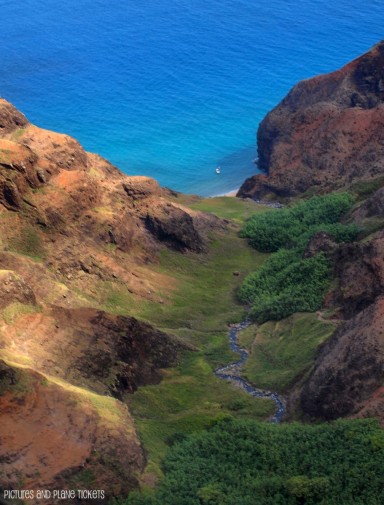 We finished our tour along the northern coast of Kauai, flying into the Wai’ale’ale Crater. This crater is one of the wettest places on Earth, receiving more than 432 inches of rain per year. It is said that only twice per year is the sun directly overhead, creating no shadows. With its 3,000 foot walls, covered in green and filled with beautiful waterfalls, it is a mesmerizing experience. 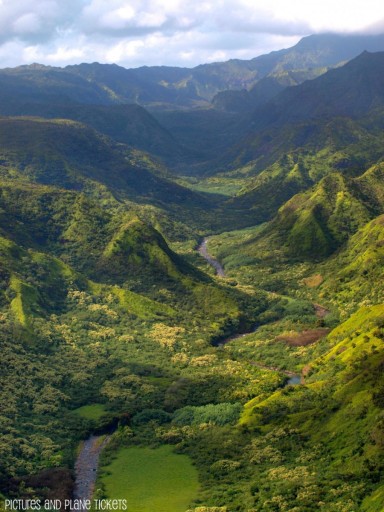 If you take the time to go on a helicopter tour, you will not be disappointed. We bought the DVD when we went on our tour, which allows me the opportunity to re-live that adventure time and time again. 🙂

Have you been to Kauai? What was your favorite part?

9 thoughts on “Exploring Kauai on a Helicopter Tour”